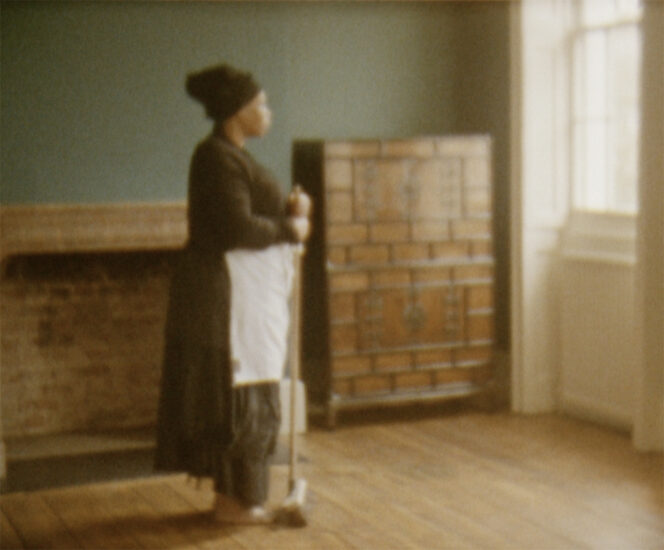 SEEDS OF EMPIRE is a series of exhibition projects by the artist Joy Gregory and composer Philip Miller. The work combines still and moving image, drawing, text, objects, sound to create an immersive installation. Emerging from Gregory’s extensive research on the slave trade and colonial histories in Jamaica, the work looks at documentation of slavery from 1492 to the present day. This includes visual and textual documentation from historical figures such as Hans Sloane (physicist, naturalist and collector whose vast collection made up the origins of The British Museum and The Natural History Museum), Maria Sibylla Merian, (naturalist, entomologist and botanical illustrator), and Chief Tomba (a Guinean resistance fighter against slavery). Inspired by Hans Sloane’s journal documenting his voyage to Jamaica, where he collected and examined plant specimens, the work considers the complex history of Jamaica, its plants, people, and fused cultures.

A little or no breeze, a new collaborative piece, comprises two moving image works (developed with Gary Stewart), and an original soundscape combining both spoken word and music. The work directly references two texts from Hans Sloane’s A Voyage to Jamaica; one in which he charts the weather in Jamaica on a daily basis, and the other in which he records his brutal and nonconsensual medical treatment of Rose, an enslaved woman at the house he is staying, who is suffering from depression. The work engages with Sloane’s casting of himself as an objective observer in his work, rather than a perpetrator of violence. This material is interweaved with a re-imagined Angolan slave song, originally noted down by freed slave and Jamaican musician Mr Baptiste, and fragments of recorded phone call conversations between the artist, Joy Gregory, and the recollections of Jamaicans who emigrated to the UK and their early encounters with the British weather.

The work also considers the role of plants as the keepers of shared and diverse histories. A series of botanical illustrations of the Machineel Tree (little apple of death) are presented, alluding to the many plants known to the indigenous and enslaved people of the Caribbean from the 1700’s onwards, which were utilised as implements of resistance – each one evoking the machine of slavery.