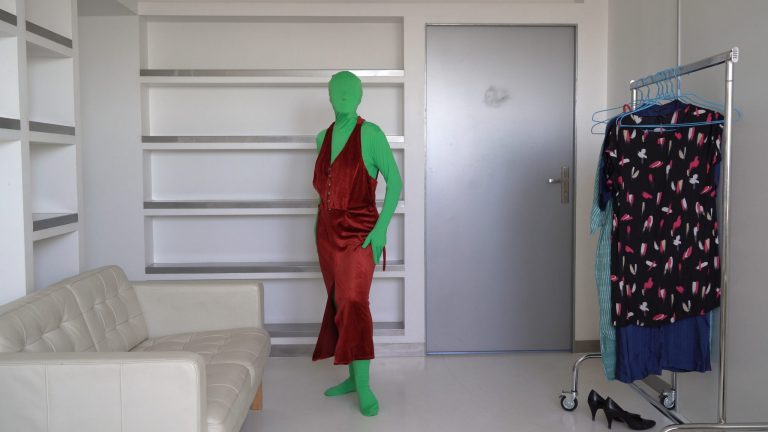 Still from "Ten Ways Not to Become the Invisible Woman After 40", Maria Kapajeva, 2020

Why are middle-aged women invisible? Maria Kapajeva’s solo exhibition When the World Blows Up, I Hope to Go Down Dancing will be on display at Art Hall Gallery from 17 September. The artist addresses the social pressures that accompany women throughout their lives and looks for ways to confront them. The curator of the exhibition is Siim Preiman.

The exhibition will open on Wednesday, 16 September at 5 pm and will run until 8 November.

Traditional gender roles are often considered as predestined as the laws of nature, rather than the co-creation of society. This is exactly why they are so persistent. According to the most common stereotypes, women are expected to stay young forever on the one hand and to become mothers on the other. Such roles are reiterated in education, media and culture. But what happens if you don’t want to take on either role? And so Maria Kapajeva asks directly: “Isn’t there any other possibility?”

“The exhibition focuses on society’s expectations of women and the social invisibility that follows the age of 40. Should a woman make a decision about her life that is not in line with the traditional notion of her role in society, she may be considered selfish. In worst cases, such women could fall victim to public witch-hunts. With my new works, I wish to offer visitors the opportunity to think about these topics,” Kapajeva says, in describing her exhibition.

Curator Siim Preiman notes that Maria Kapajeva as an artist has consistently addressed the role of women in society: “The March of Life that took place in Tallinn a couple of weeks ago and the discussion that followed clearly showed that, unfortunately, stereotypical gender roles have not disappeared. Kapajeva’s exhibition is an indispensable and well-considered counter-argument to those who think that an individual’s body does not belong to them, but rather to the wider public.”

This website uses cookies to improve your experience while you navigate through the website. Out of these, the cookies that are categorized as necessary are stored on your browser as they are essential for the working of basic functionalities of the website. We also use third-party cookies that help us analyze and understand how you use this website. These cookies will be stored in your browser only with your consent. You also have the option to opt-out of these cookies. But opting out of some of these cookies may affect your browsing experience.
Necessary Always Enabled
Necessary cookies are absolutely essential for the website to function properly. These cookies ensure basic functionalities and security features of the website, anonymously.
Functional
Functional cookies help to perform certain functionalities like sharing the content of the website on social media platforms, collect feedbacks, and other third-party features.
Performance
Performance cookies are used to understand and analyze the key performance indexes of the website which helps in delivering a better user experience for the visitors.
Analytics
Analytical cookies are used to understand how visitors interact with the website. These cookies help provide information on metrics the number of visitors, bounce rate, traffic source, etc.
Advertisement
Advertisement cookies are used to provide visitors with relevant ads and marketing campaigns. These cookies track visitors across websites and collect information to provide customized ads.
Others
Other uncategorized cookies are those that are being analyzed and have not been classified into a category as yet.
SAVE & ACCEPT
Powered by